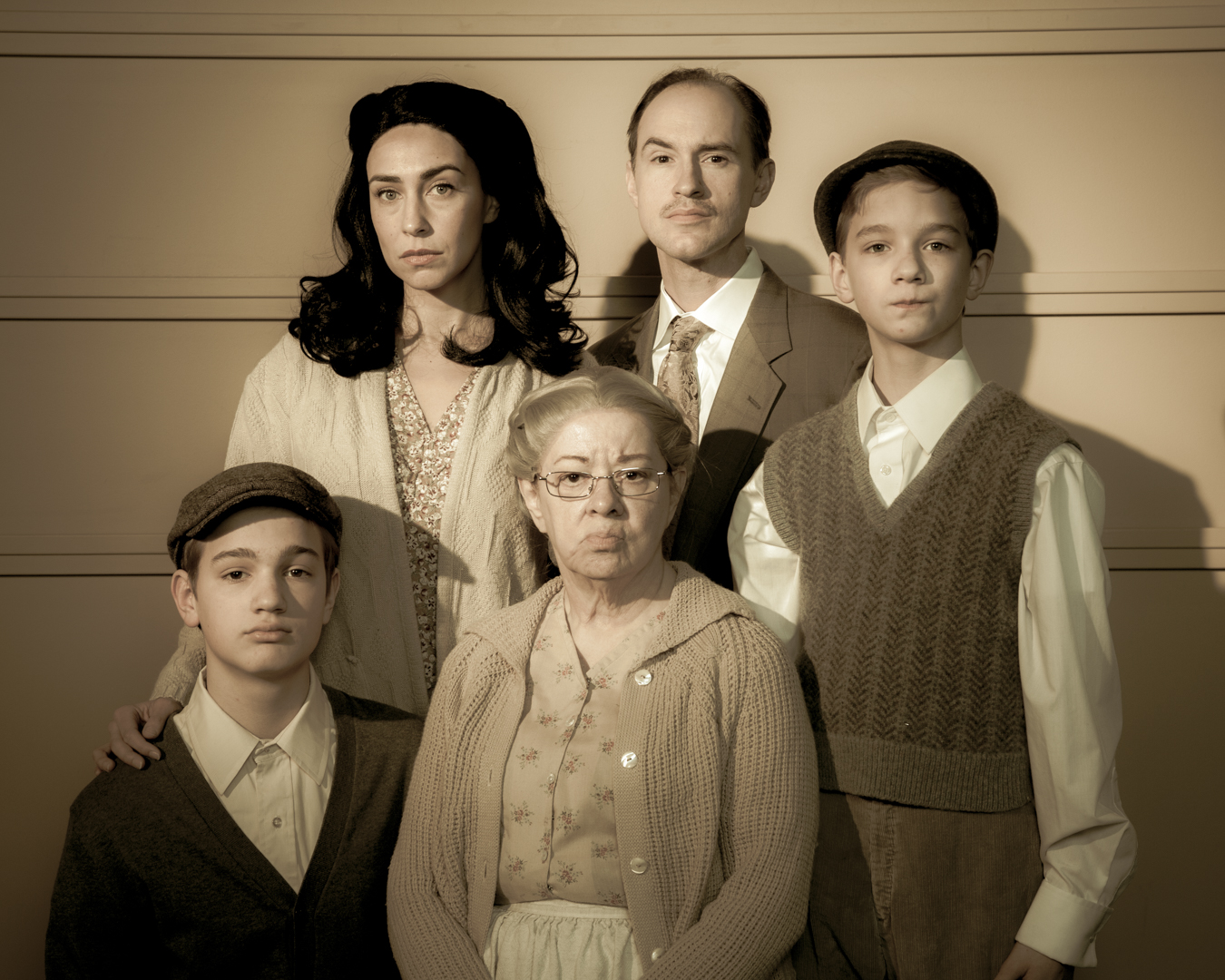 Farmers Alley Theatre is honoring the life of one of America’s greatest playwrights, Neil Simon, this spring with his Pulitzer Prize Winning masterwork, Lost in Yonkers, running March 13-29.  Farmers Alley Theatre is also pleased to announce that thanks in large part to several local organizations, we will be reinstating our Student Ticket Initiative for this production, which provided free student tickets to those who wish to attend the show (subject to availability).  “Lost in Yonkers tells a universal story about family through the eyes of two teenage boys.  Its lessons about personal hardships, growth and love are some that we feel is very important for students to have the opportunity to see, without the barrier of a ticket price,” states Executive Director Adam Weiner.

In 1942 Brooklyn two teenage brothers, Jay and Arty, come to live with their stern grandmother and “crazy” Aunt Bella.  Bella has an unbridled zest for life, along with the mind of a child.  But what she longs for most is love and independence, despite her strict mother’s objections. During their time in Yonkers, Jay and Arty witness Bella’s emotive transformation, meet their exciting gangster of an uncle, Louie, and try to survive nine months under Grandma’s watchful eye.  Filled with Simon’s gifted touch of witty dialogue and heartfelt emotion, get Lost in Yonkers this March at Farmers Alley Theatre.

Lost in Yonkers will be directed by Farmers Alley Executive Director Adam Weiner, who has tackled some of our most successful plays including The Diary of Anne Frank, Superior Donuts and A Few Good Men.

The cast will be led by NYC actress Kim Maresca as Bella.  Ms. Maresca has a long list of impressive credits including the musical Ruthless Off-Broadway and regional productions of Rent, Hair and Little Shop of Horrors.  Grandma will be played by veteran actress Ellen Horst, who has graced regional stages in works like To Kill a Mockingbird, Cat on a Hot Tin Roof and My Fair Lady.  Matt Crowle, originally from Marshall, Michigan, will portray Uncle Louie.  A Jeff Award winning actor based in Chicago, Matt’s work has been seen in regional productions such as The Santaland Diaries and A Gentleman’s Guide to Love and Murder, as well as national tours of Doctor Dolittle and Monty Python’s Spamalot.

The rest of the cast includes local talent like Trevor Stefanick (Beyond the Rainbow, All in the Timing) as Eddie, Bridgette Sitarski (Gypsy, Clybourne Park, The Spitfire Grill) as Gert, and real-life brothers Ethan and Daniel Schubkegel as Jay and Arty, respectively.