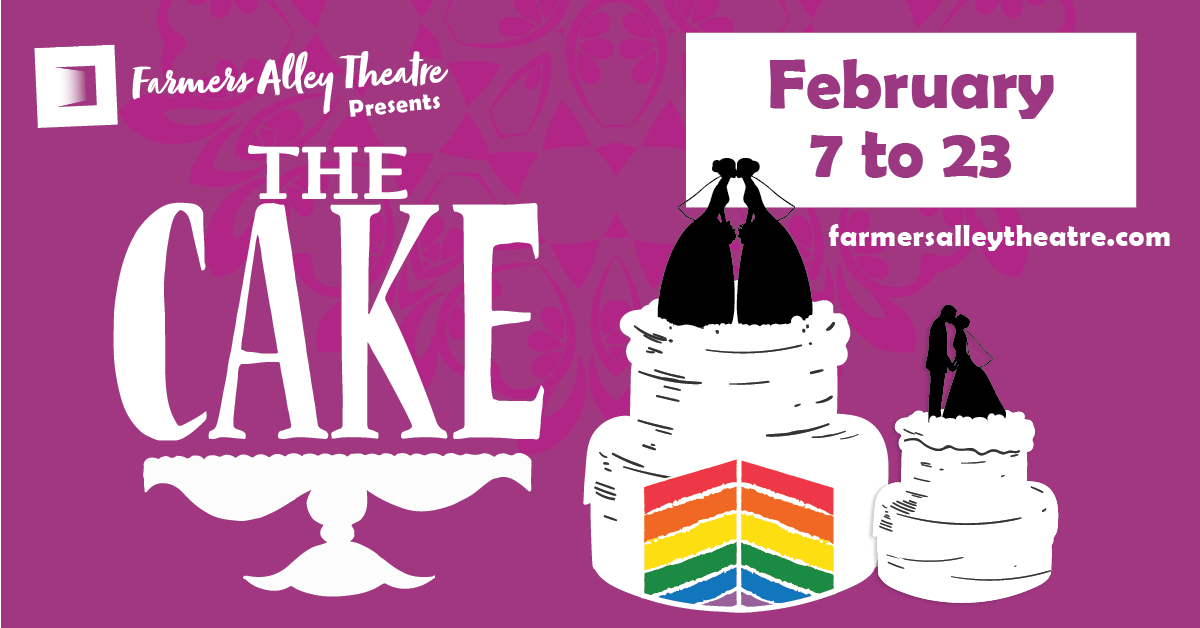 Farmers Alley Theatre is proud to present the West Michigan premiere of a delicious slice of American life, The Cake. Written by Bekah Brunstetter (writer and supervising producer of NBC’s hit drama “This is Us”), this ripped from the headlines story has been called “refreshing and heartening” by the Los Angeles Times.  Directed by D. Terry Williams and starring Zoe Vonder Haar, The Cake runs February 7-23 at Farmers Alley Theatre, right in the heart of downtown Kalamazoo.

Della makes cakes, not judgement calls – those she leaves to her husband, Tim.  But when the girl she helped raise comes back home to North Carolina to get married to another woman, Della’s life gets turned upside down.  She can’t really make a cake for such a wedding, can she?  For the first time in her life, Della has to think for herself.

Honest, funny and evenhanded, The Cake is a singularly savory dramedy that crystallizes a contentious issue while being empathetic to both sides.  “This is us as we could be, if we’d all just try a little harder.” -Los Angeles Times

Zoe Vonder Haar returns to the Farmers Alley stage as the bubbly and good-natured Della, having previously starred in our productions of A Doll’s House, Part 2, It Shoulda Been You and The Bridges of Madison County.  St. Louis’ seasoned professional Steve Isom (Mamma Mia!, Oklahoma!, Wittenberg)  portrays Della’s blue collar husband, Tim.  WMU student Molly Spiroff will be seen as Jen, Della’s deceased best friend’s daughter, and Jen’s fiancée Macy will be played by WMU Alum Tia L. Pinson¸ seen on the Farmers Alley stage in our productions of Little Shop of Horrors, Monty Python’s Spamalot! and Fancy Nancy: The Musical.

Farmers Alley Theatre, with the help of some tremendous community organizations, will be leading post-show talkbacks with the cast and Director following performances on February 9th, 14th, 16th, and 21st.  These talkbacks are optional for the audience and will run 20-30 minutes.

Due to language and subject matter, THE CAKE is best enjoyed by audiences over the age of 15.

Farmers Alley Theatre’s sponsor for the 2019-20 season is First National Bank of Michigan.