Fall in love at THE BRIDGES OF MADISON COUNTY 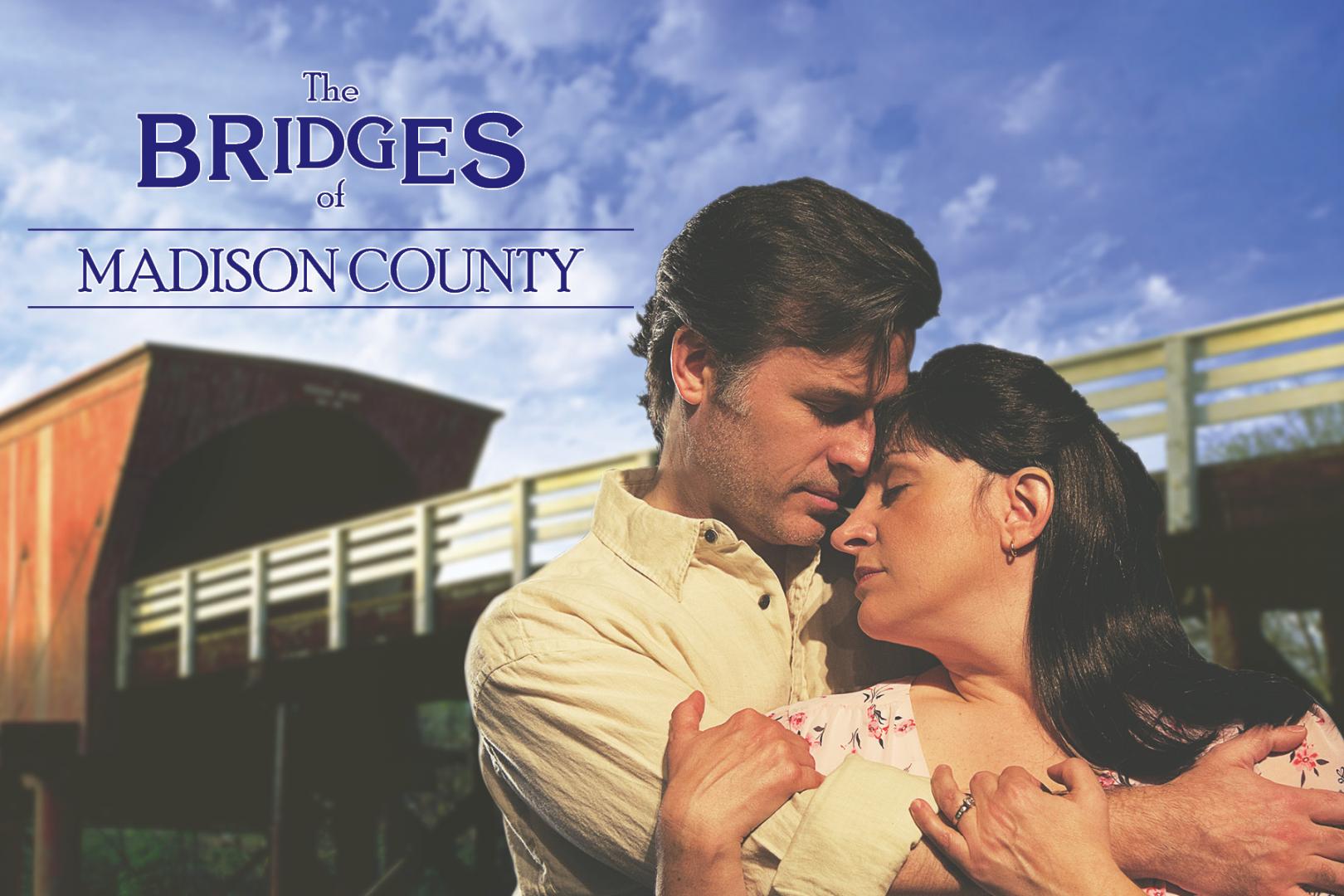 Romance is in the air this summer as Farmers Alley Theatre returns to the Little Theatre on Oakland Drive for the West Michigan premiere of the Tony-Award Winning musical THE BRIDGES OF MADISON COUNTY, running June 8th through the 24th.  Based on the best-selling novel by Robert James Waller that sold over 60 million copies worldwide, and the Academy Award winning film which starred Meryl Strep and Clint Eastwood, this brand-new adaptation features a book by Marsha Norman and Tony-Winning Score & Orchestrations by Jason Robert Brown (Parade, The Last Five Years).

Francesca Johnson (Denene Mulay Koch), a beautiful Italian woman who married an American soldier (Christopher Harrod) to flee war-ravaged Italy, looks forward to a rare four days alone on her Iowa farm when her family heads to the 1965 State Fair. When ruggedly handsome, National Geographic photographer, Robert Kincaid (Jeremy Koch), pulls into her driveway seeking directions, though, what happens in those four days may very well alter the course of Francesca's life.  Tackling the yearning entangled in the eternal question, “What if…?”, THE BRIDGES OF MADISON COUNTY is a sweeping romance about the roads we travel, the doors we open and the bridges we dare to cross.

THE BRIDGES OF MADISON COUNTY will be directed by Kathy Mulay, who has put her stamp on many of our June musicals in the past such as The Light in the Piazza, Cabaret, and Dogfight.  Music Direction will be guided under the deft hand of Catherine A. Walker.

The address for THE LITTLE THEATRE is 798 Oakland Drive.